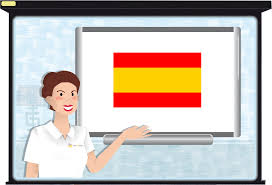 Today, more and more people are interested in learning Spanish. It is now more important than ever.

There are countless reasons to study Spanish .People are deciding to learn Spanish because of family, for work, or maybe even love … it can’t be denied how useful Spanish is becoming. After all, didn’t a wise man once say that knowledge is power? A Spanish course will definitely benefit you in a number of ways.

Spanish’s usefulness is not limited to conversations with natives when holidaying in Hispanic countries. It plays an increasingly useful role in the world of work.

Did you know that Spanish is the official language of several international organisations. The European Union and the UN are just some of the examples that spring to mind.

Of course, knowing a second language definitely enhances your job prospects – it is definitely useful when working abroad or dealing with multinational companies.

Spanish will definitely open doors to a better, more cultural world … can you imagine being able to read a book in its original language, understand movies and lyrics without having to rely on subtitles or translations? You would be able to discover secrets and enjoy cultural trends the way you were meant to. All you need is a little bit of determination… and our Spanish classes can make all this possible!

At myspanishcoursesonline, we offer Spanish courses with great value for money.

Our Online Spanish courses allow you to learn Spanish from home, at your own pace, and with all the same perks.

Learn Spanish the way you want to!